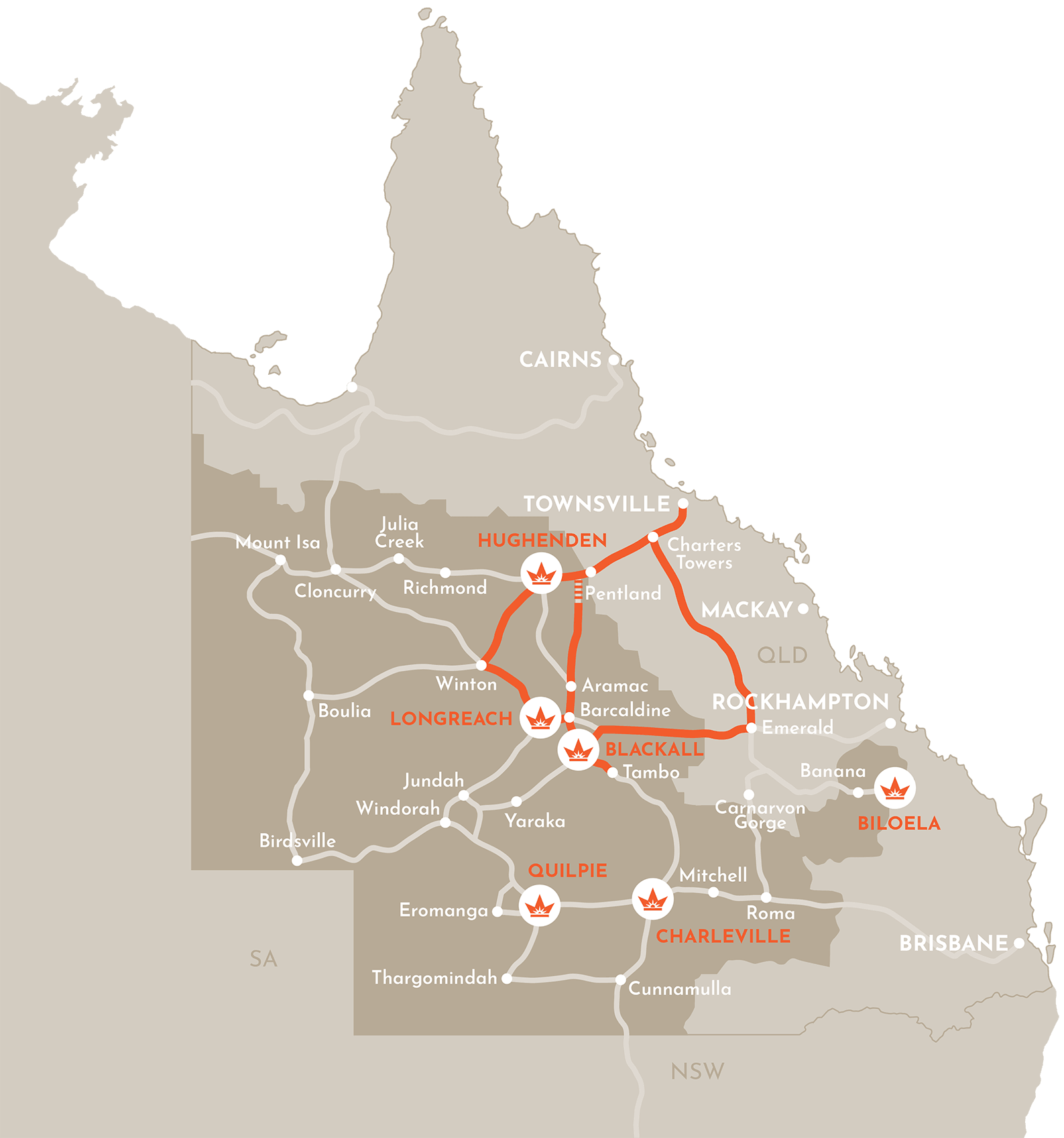 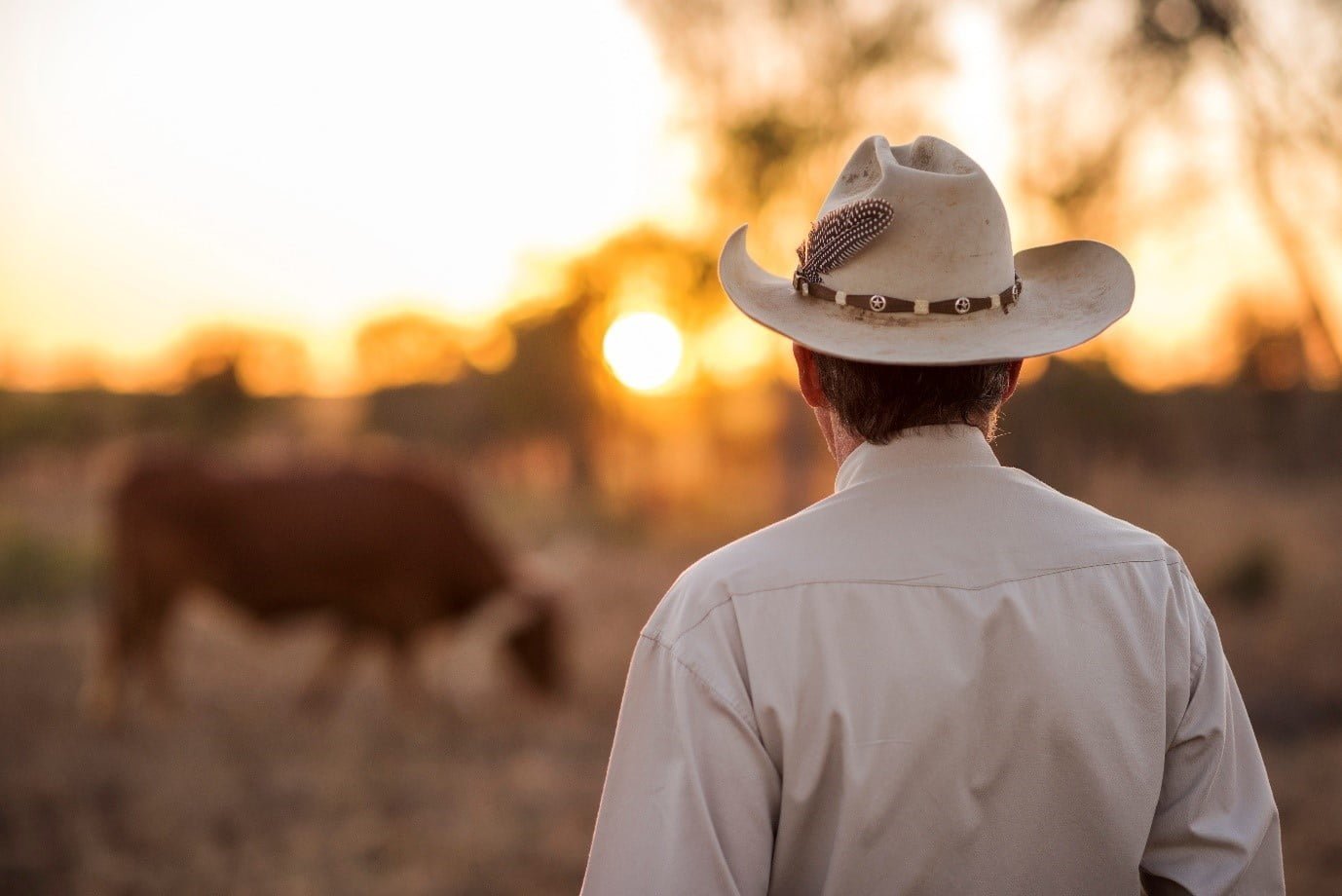 It’s time to begin your Outback Queensland Masters road trip. Leave the beaches behind and start your adventure by heading west from Townsville to the historic gold mining town of Charters Towers.

Grab a coffee and bite to eat before winding down your windows and inhaling the scent of the country as you make your way along the Gregory Highway to Emerald.

Arriving in the Central Highlands hub of Emerald, it won’t be hard to spot the world’s biggest Van Gogh sunflower painting at 25 metres high located in Morton Park.

Enjoy the slow pace of an outback morning and grab a coffee from aformer a masonic temple, the Lodge on Hawthorne before making your way to Tambo.

As you arrive in Tambo you’ll pass beautiful heritage buildings and native bottle tree lined streets.  The town is famous for their locally crafted sheepskin bears, so pop into the workshop where over 47,000 bears have been made.

For four-wheel-drive enthusiasts, make a side trip along the Wilderness Way to Salvator Rosa National Park. Otherwise, settle for a stroll along the banks of the Barcoo and do the Coolabah Walk.

In the evening head on to the Outback Club at the Royal Carrangarra Hotel and place a bet on one of Ben’s champion chickens. The colourful chooks run wild at Ben’s Chicken Racing each evening, with the prize money going towards charity.

It’s time to begin your Outback Queensland Masters road trip. Leave the beaches behind and start your adventure by heading west from Townsville to the historic gold mining town of Charters Towers.

Grab a coffee and bite to eat before winding down your windows and inhaling the scent of the country as you make your way along the Gregory Highway to Emerald.

Arriving in the Central Highlands hub of Emerald, it won’t be hard to spot the world’s biggest Van Gogh sunflower painting at 25 metres high located in Morton Park.

Take the short journey north along the Matilda Way to Barcaldine, home to the Tree of Knowledge and reputed birth place of the labour movement in Australia.

On the way, you have the option to stop by Lara Wetlands for the day (or stay the night), just 29 kilometres before reaching Barcaldine. Spend your time under the shady trees watching the birdlife and ‘roos that call the wetlands home, paddle out in a kayak or relax in the artesian hot spring.

The famous Tree of Knowledge on Oak Street has been preserved and placed under an award winning structure that gives the illusion of a canopy over the Tree. The best view of the Tree and the memorial is at night when it is beautifully lit by special lighting.

Take a stroll along Lagoon Creek or the Botanical Walk and be mesmerised by the native fauna and flora. The Australian Workers Heritage Centre is well worth a visit, packed with local history. 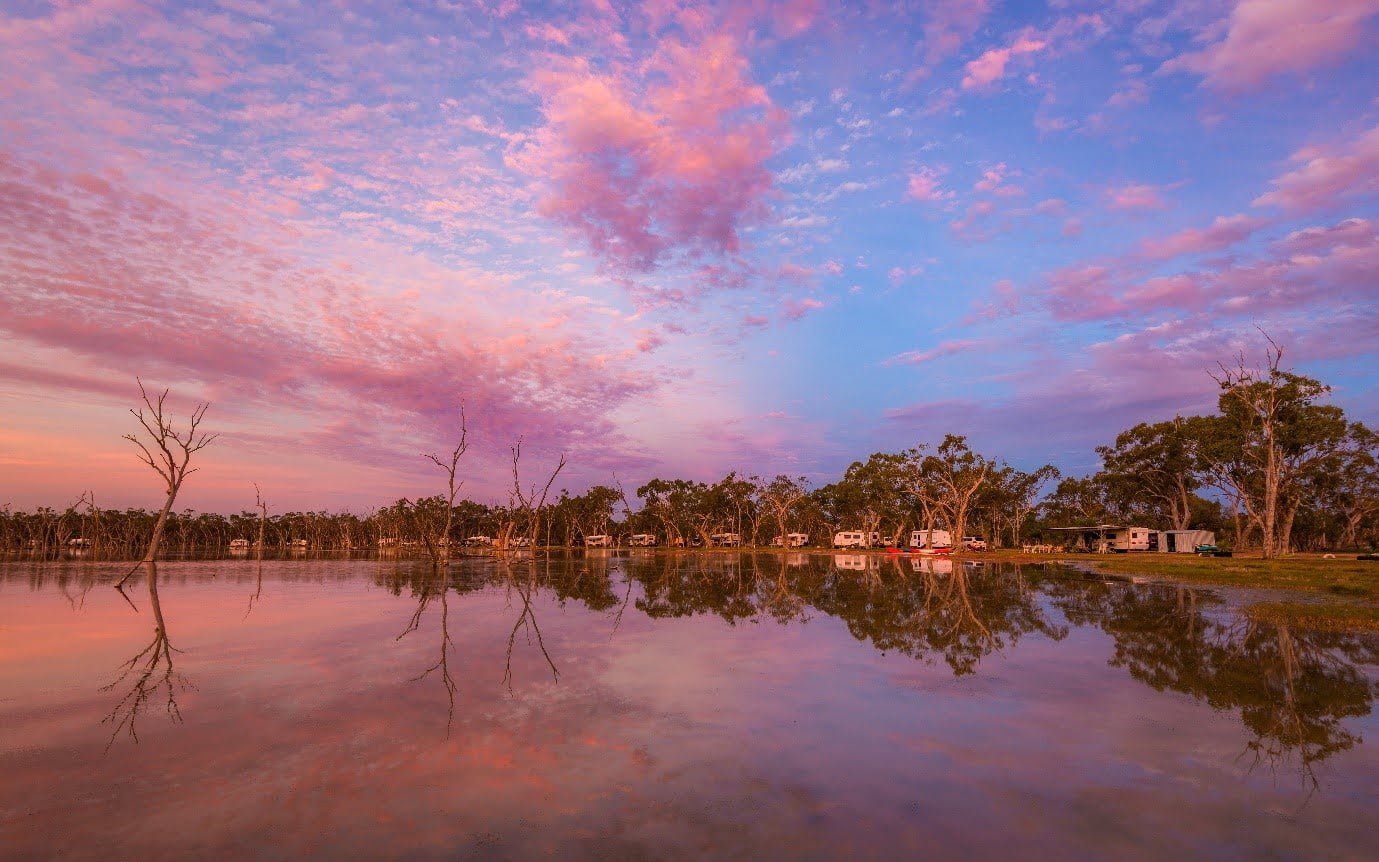 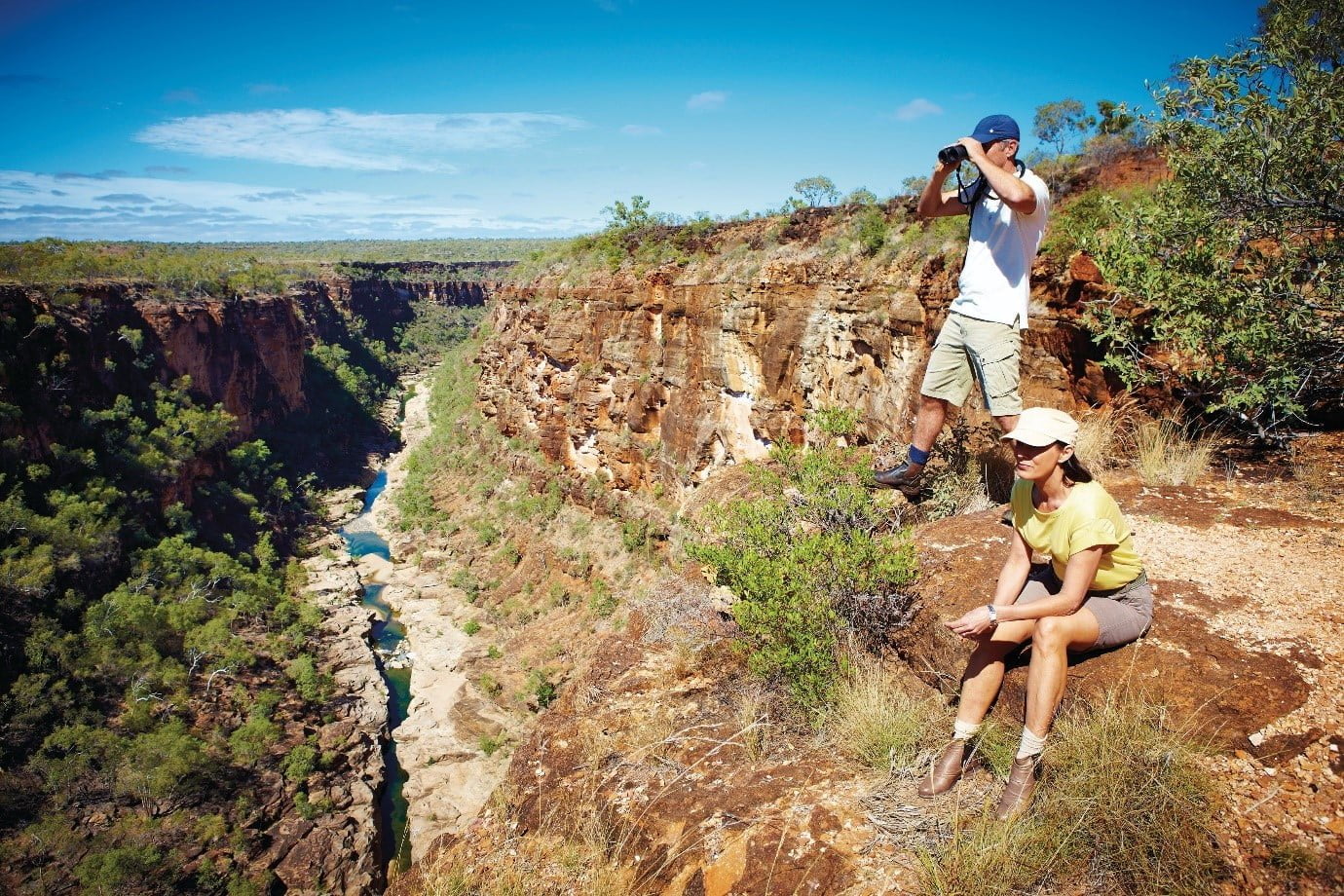 Today, travel north from Barcaldine towards Hughenden. First make your way to the town of Aramac along the Barcaldine Aramac Road, ‘Home of the White Bull’. While in town visit the Harry Redford Interpretive Centre and learn about the infamous Harry Redford (Captain Starlight) and how a distinctive white bull was his undoing.

Follow the route to Torrens Creek to meet the Overlander’s Way, which stretches from Townsville to the Northern Territory. Stop in at the Exchange Hotel for a break or continue onto the quaint town of Prairie before rolling into Hughenden.

Alternatively, make your way to Hughenden via Muttaburra, the geographical centre of Queensland.

Located on the shoreline of the prehistoric inland sea, Hughenden makes up one third of Australia’s Dinosaur Trail and is home to the Flinders Discovery Centre and Museum. Nearly 3,000 dinosaur and marine fossils have been found in the surrounding area. Meet ‘Hughie’ the centre’s life-size replica of the first entire dinosaur skeleton found in Australia.

From Hughenden take a day trip to Porcupine Gorge National Park, known as ‘Australia’s Mini Grand Canyon’. Located 63 kilometres north of town, this national park features towering sandstone cliffs that have been carved into the landscape over time by the erosion of the surrounding creek creating its beautiful colour.

Hughenden is a great base to additionally explore White Mountains National Park, Blackbraes National Park and Mount Walker while you are here.

Note: There is a 30 kilometre unsealed section at the end of the Torrens Creek Road before reaching the Overlander’s Way.

Today, take the two and a half hour journey south-west to Winton, known as the dinosaur capital of Australia and the home of Waltzing Matilda.

Check out the world’s largest collection of Australian dinosaur fossils at the Australian Age of Dinosaurs and join a guided interpretive tour of their Fossil Preparation Laboratory, Collection Room and Dinosaur Canyon.

The Waltzing Matilda Centre is the first museum in the world to be dedicated to a song, honouring the unofficial anthem penned in 1895 not far from Winton at Dagworth Station. The world-class interactive centre digs deep into the lyrics before taking you on a journey of discovery of the outback and its history. Make sure to visit the North Gregory Hotel while in Winton, rumoured to be the location of the first ever performance of Waltzing Matilda.

If time permits take a full day tour, to the world’s only recorded evidence of a dinosaur stampede – the Dinosaur Stampede at Lark Quarry Conservation Park. More than 95 million years old, there are 3,300 stampeding footprints immortalised in stone and protected 110 kilometres south-west of Winton. 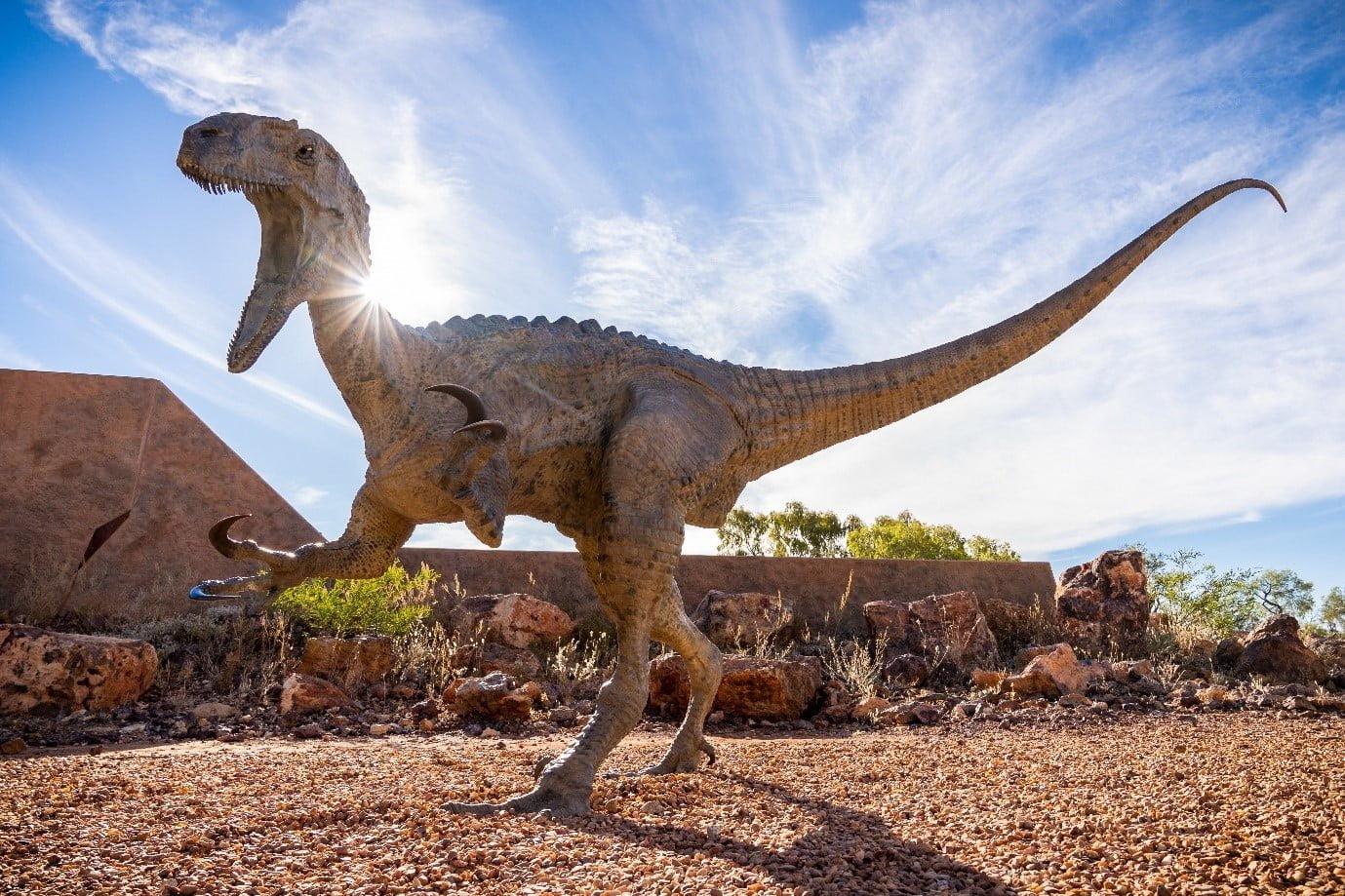 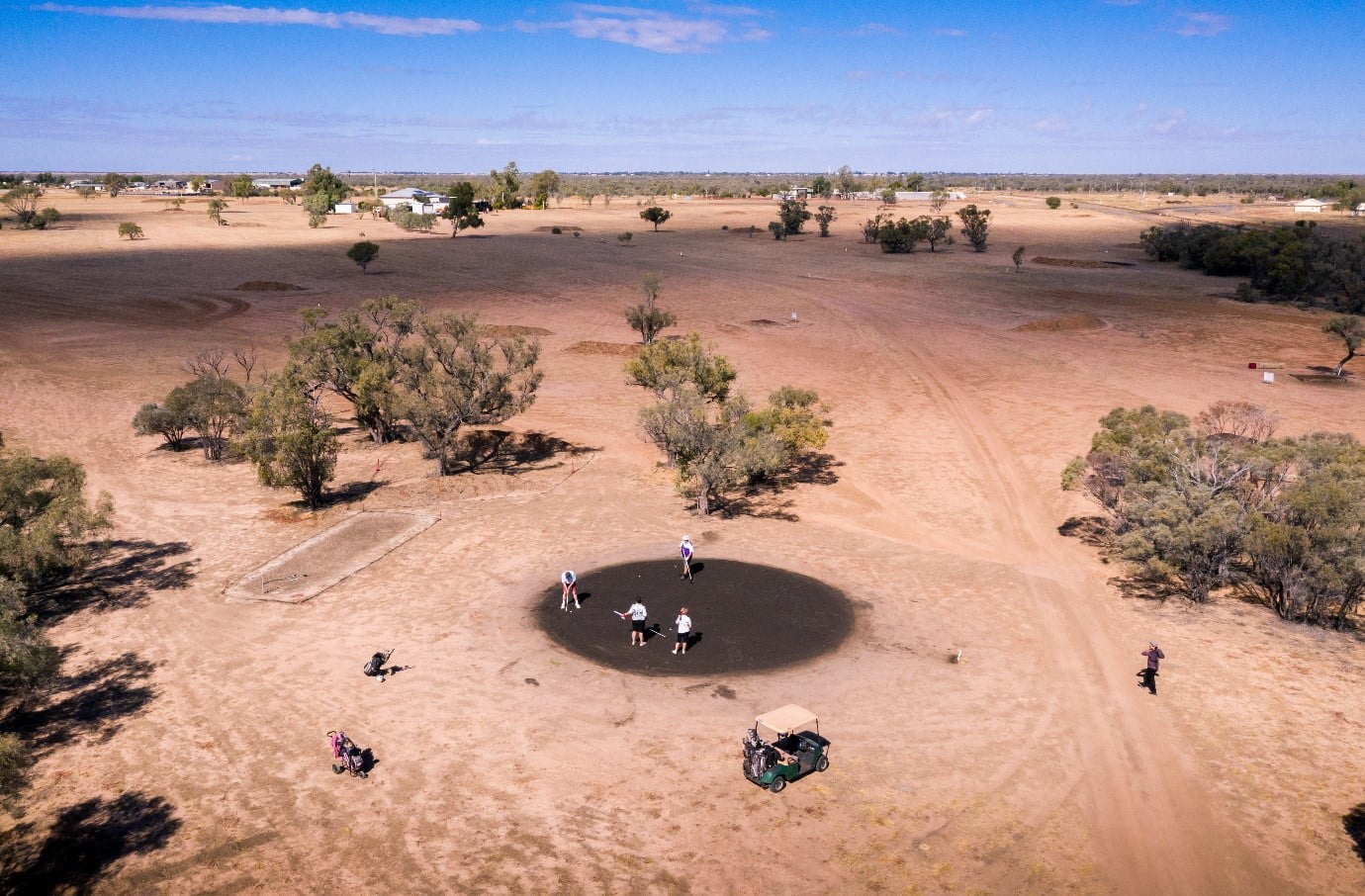 It’s time to make your way to the finals and the Million Dollar Hole-In-One challenge.

Take the short morning drive to Longreach, to ensure you make the most of your time in the ‘Heart of the Outback’.

Book in advance to spend your evening cruising down the Thomson River on sunset complete with dinner and entertainment before the finals.

While in Longreach, soak up the history and heritage with visits to the Australian Stockman’s Hall of Fame and Qantas Founders Museum. Take a tour through one of the largest classrooms in the world at the School of Distance Education or experience the thrill of a Cobb and Co. ride.

Begin your journey home by taking a break in Ilfracombe, 28 kilometres east of Longreach. Walk the Great Machinery Mile, a graphic timeline of the evolution of the pastoral and transport industries. From Ilfracombe, continue east to Barcaldine and take the Barcaldine Aramac Road before continuing onto the Torrens Creek Road, taking you north.

Make sure to stop along the Overlander’s Way at the roadside lookout of White Mountains National Park to take in the beauty of this national park’s rugged wilderness.

Continue onto the small country town of Pentland, perfect for a lunch break before waving goodbye to the outback and continuing your drive to Townsville. 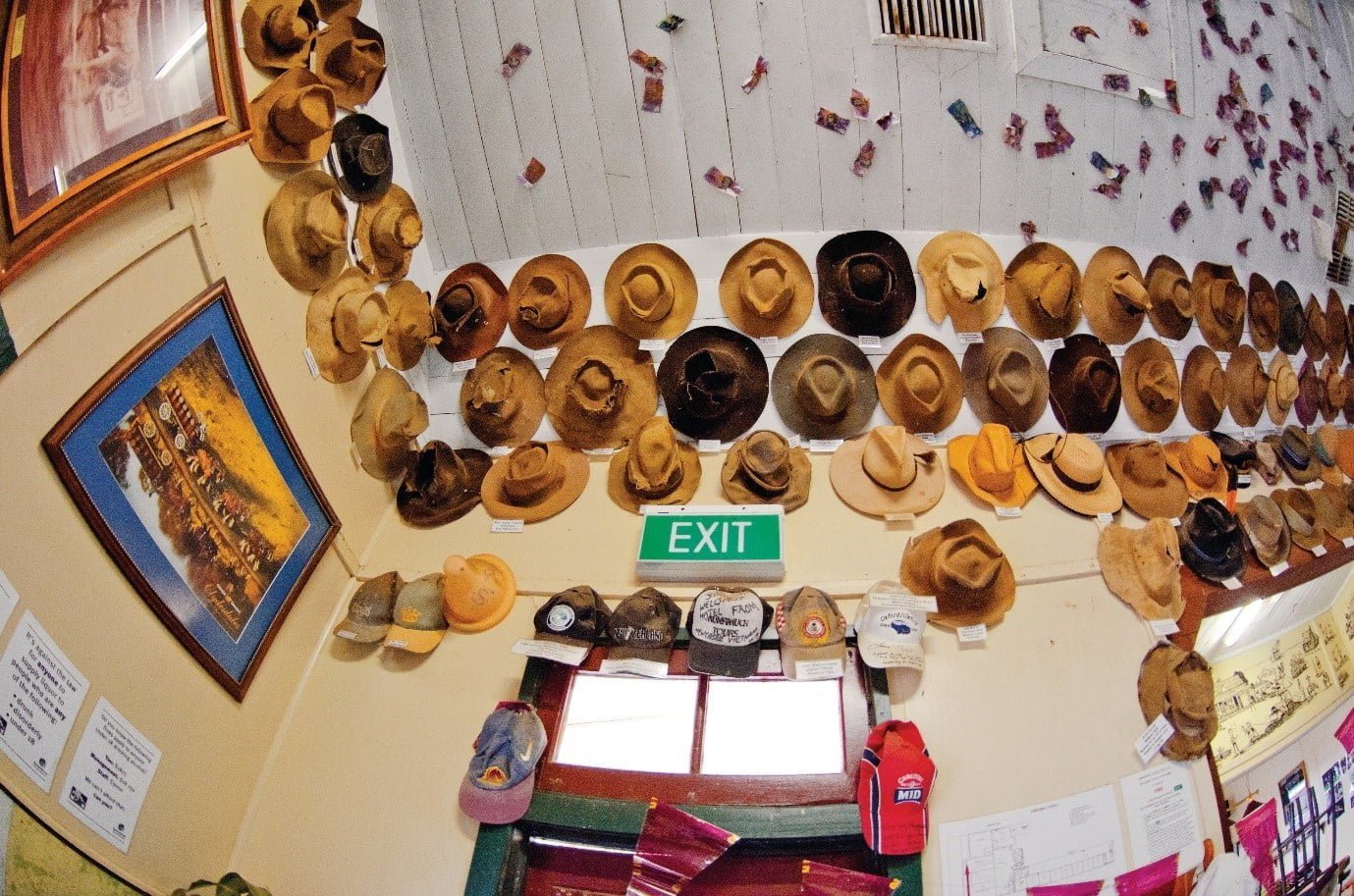