The Pigs
Australia’s architects of barefoot hillbilly pop, The Pigs, are an unmissable Outback Queensland Masters experience. This year, The Pigs have trotted their way up to No. 1 on the Australian Independent Albums Chart with Hillbilly Synthesiser. Their most personal offering to date, Hillbilly Synthesiser was born somewhere between the rugged mountains of Australia and the electronic musical heart of Berlin, Germany, with the result being 12 tracks from rocking tunes to bluegrass- laced numbers to their first love song.

Join The Pigs as they play many of their greatest hits from 14 years on the road – putting their unique porcine twist on artists from Farnham to Beyonce and launching tracks from their chart-topping album full of laughs, jealousy, sleepless nights, blue balls, arpeggiators, buffalos, priceless doggy do-dos, robot goats, Barry Whites and more… what else could you need? Nothin’… “The musical outrage that is The Pigs!” – Richard Glover (ABC Sydney) 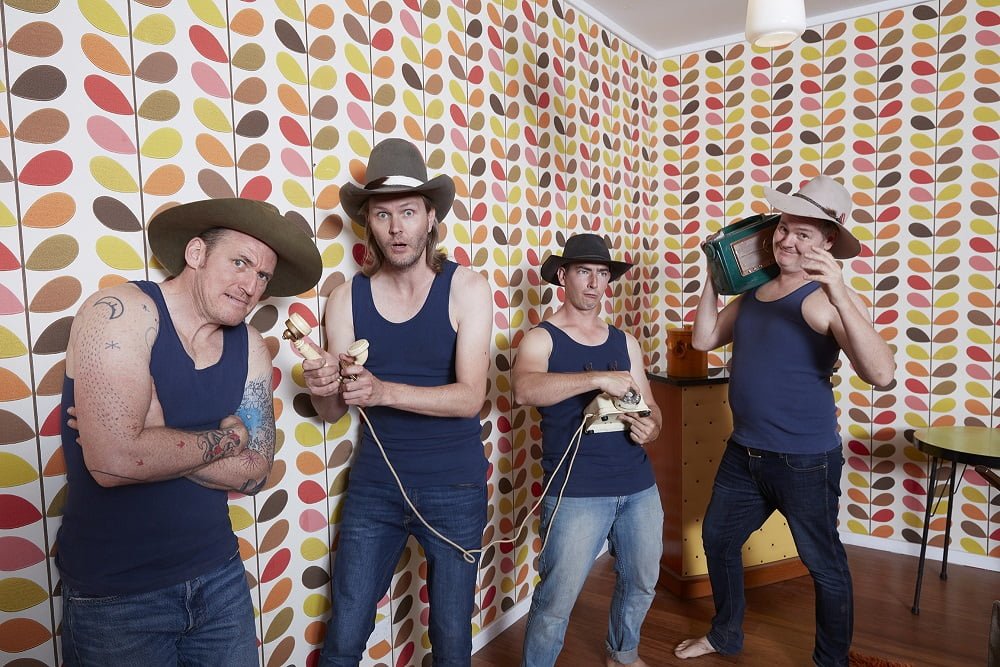 Marco Gliori
Marco is highly regarded across Australia, having been awarded the Spirit of Waltzing Matilda Award by ABC National Radio, presented to him by the late great Slim Dusty. The Women’s Weekly voted Marco their modern day ‘Banjo Patterson’.

This mischievous maverick performs his original and mostly humorous poetry and anecdotes, depicting contemporary Australia, delivered with a unique and distinct country flavour striking a chord with all audiences. 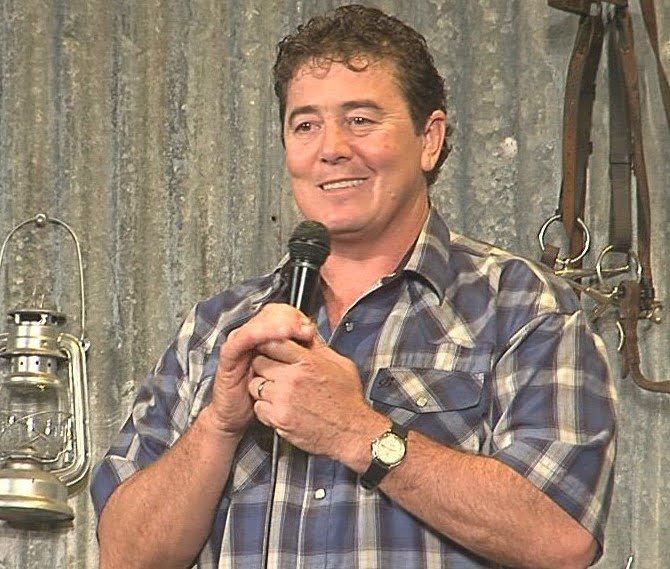 Tenori
Why do some songs stand the test of time?

David Kidd, Craig Atkinson and Andrew Pryor share a collection of enduring classics from the worlds of Opera, Music Theatre, Pop and Jazz.

Tenori have established themselves as a national touring force, travelling the length and breadth of Australia. The lads have been working hard on a new album and are excited to share fresh versions of songs by Puccini, Rodgers and Hammerstein, Lloyd-Webber, Simon & Garfunkel, Verdi and Peter Allen (to name a few). 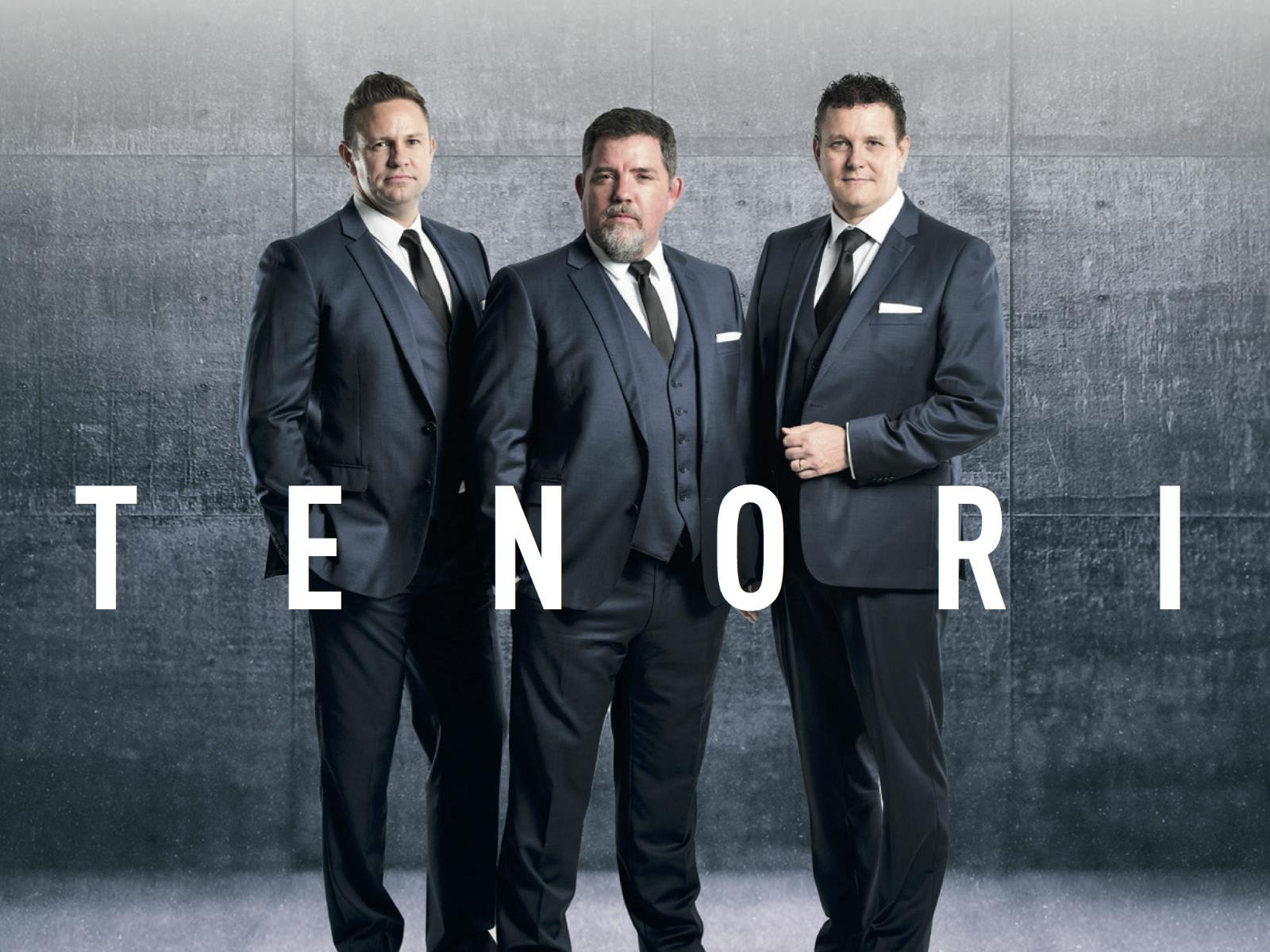 What do you get when you mix an Agricultural Researcher with a Drought Relief Worker and then add a dash of Racehorse Strapper, with a passion for all things Australian, none other than Gary Fogarty. Australia’s most prolific award winning bush poet.

Gary has penned works that have been used to inspire Australian Olympic athletes and the mighty Brisbane Broncos. He may just be inspired to pen something fitting for the Outback Queensland Masters. 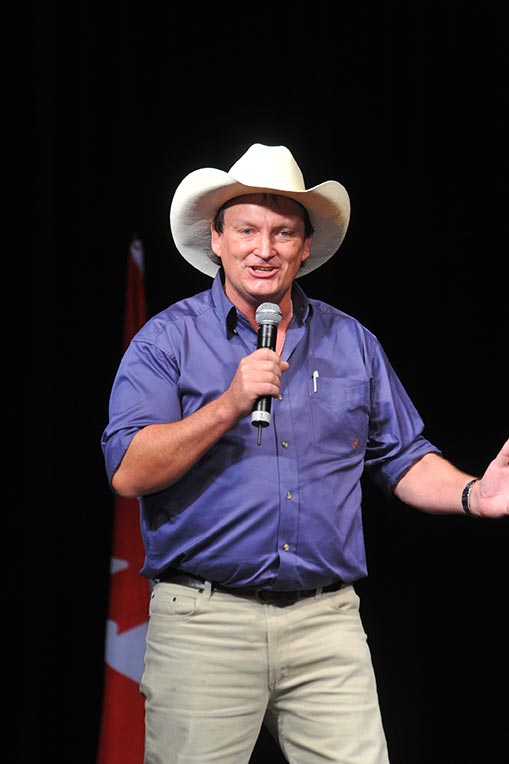 She’s enjoyed 40 years in Australian entertainment released a whopping 14 albums and been awarded an unbelievable six CMAA Golden Guitars … Melinda is a fearless force to be reckoned with!

Australia was first introduced to Melinda when she recorded with her mother at age 8, country music veteran Mary Schneider, since then she’s forged her own stellar country music career, competed on ‘Dancing With The Stars’, released a #1 ARIA charting album and written and starred in a theatre show about one of her idols, Doris Day, she’s delivered key-note speeches to empowered women across the country. She’s a talented actress who made her debut at 13 in ‘A Country Practice’, John Farnham, Olivia Newton-John and Paul Kelly have all recorded her songs and Melinda is currently in the studio recording her new album ‘The Woman’. In September 2019 Melinda will  once again embark on a National Tour called: A Farewell to Doris, to pay homage to the memory of the incredible Doris Day. 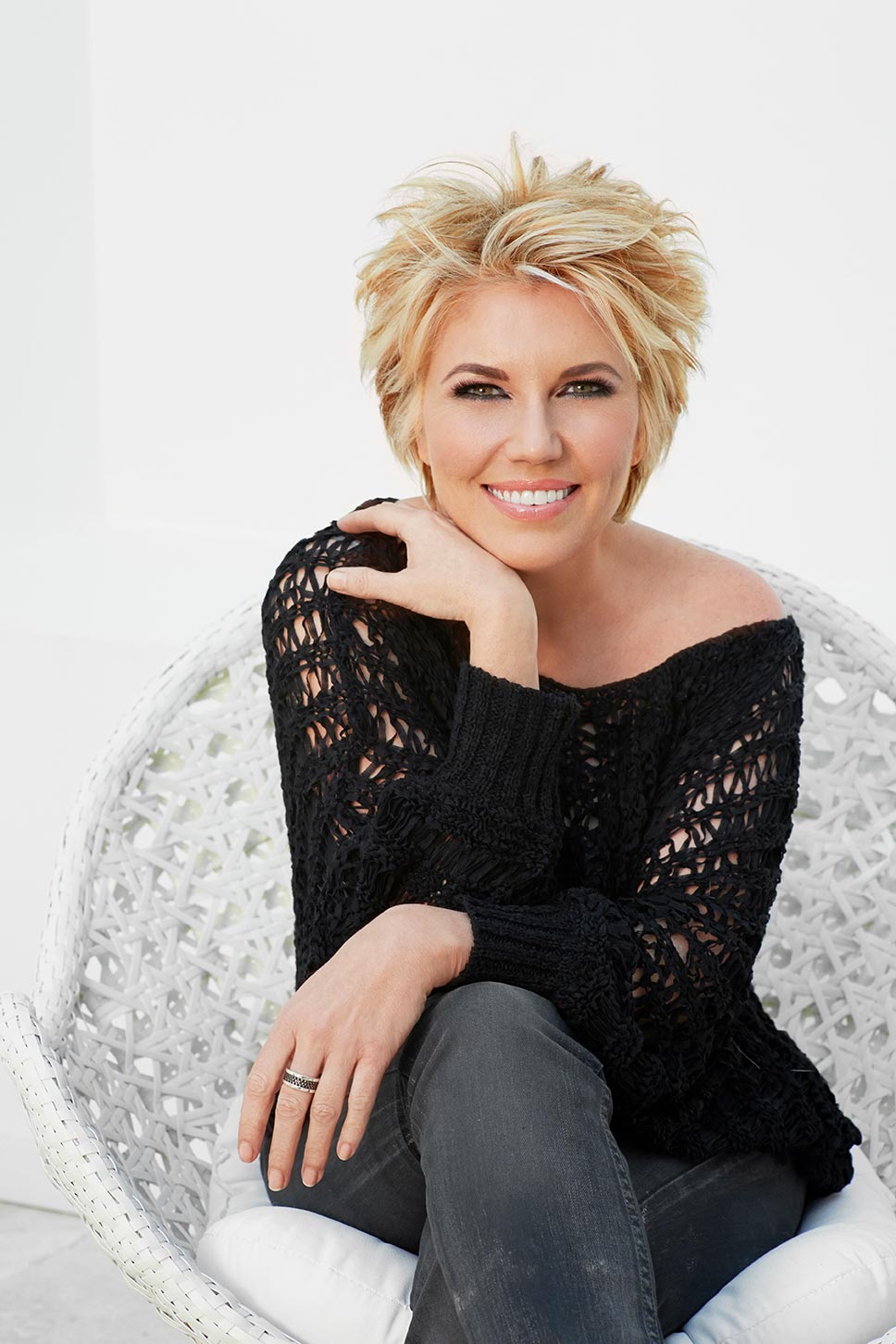 Carol Heuchan
Carol found poetry via her first published book “Horse Play”. Having received a swag of awards including a Case JX55 tractor, she is one of the few female bush poets capturing the heart of Australia in her works.

Carol appeared in the ABC’s six part series Bush Slam and is looking forward to brining her tales to Longreach. 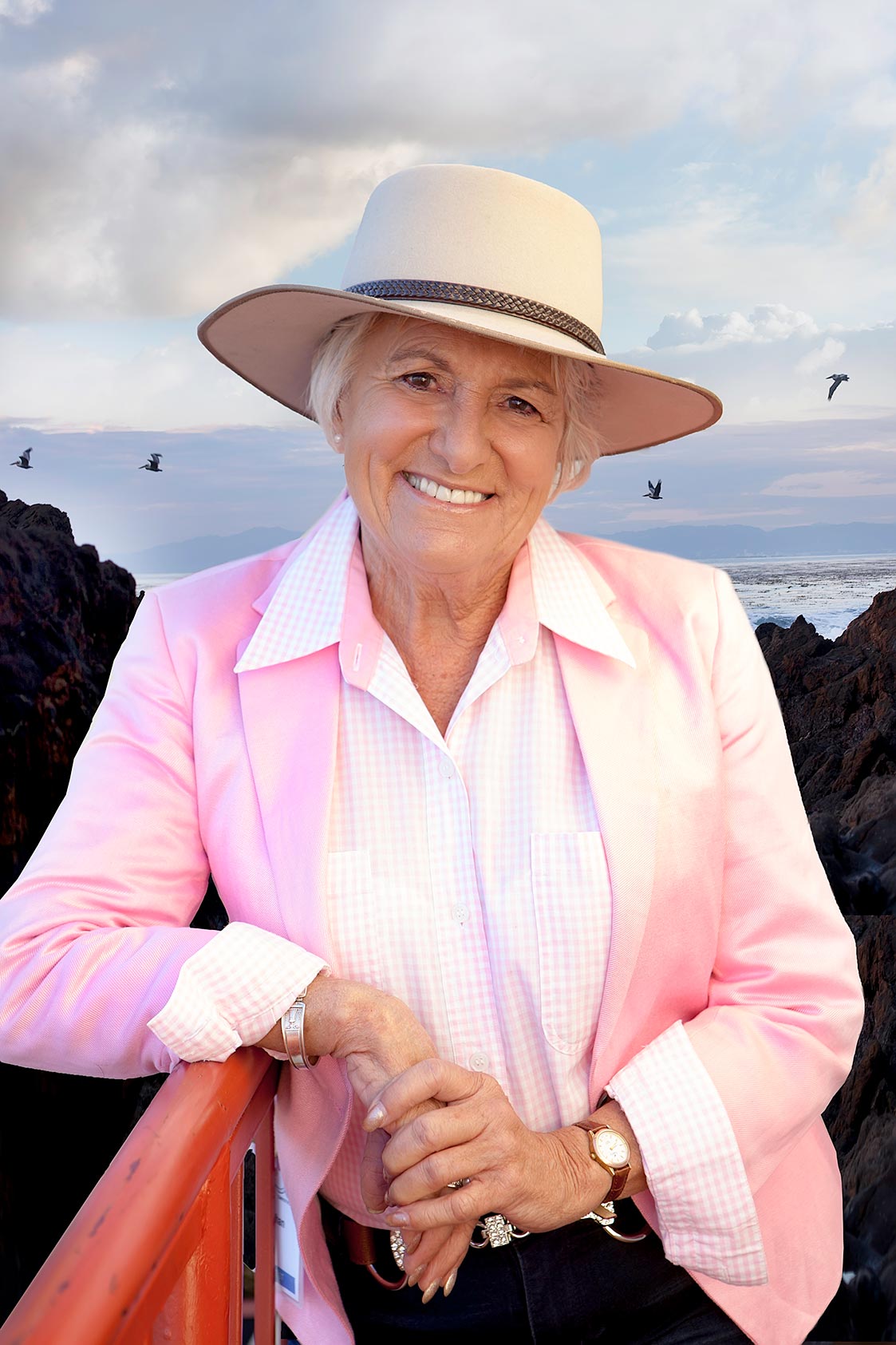 The 7 Sopranos
Named as “Australia’s most beautiful voices”, The 7 Sopranos have captured the imagination of audiences with their dynamic vocals and elegant performance style.

From Dubai to Dalby, The 7 Sopranos have clocked up hundreds of appearances across the globe with their own unique fusion of classical traditions meshed with contemporary music, vocal versatility and vocal quality of rare distinction.

Their debut album, released by ABC Music, debuted at No. 2 on the ARIA charts. In 2016, The 7 Sopranos released their second album, Popcorn – Songs from Stage and Screen. The music video released digitally via YouTube garnered in excess of 1 million views.

Discovered wandering in the Blue Mountains, this man of many hats will have you wondering which voice is really his. Known for his rendition of ‘The Man From Snowy River’ in 15 different accents and his adventures with sticky tape, the voices and characters in his poems and yarns could be the result of medical experimentation or maybe he’s just a freak of nature. Whichever it is, this three-time Australian bush poetry champion brings his many characters to life whenever he performs.

Busby Marou
The overwhelming feeling that emanates from BUSBY MAROU is joy.

Tom’s playful onstage presence combined with Jeremy’s freakish instrumental ability has cemented their reputation as one of the most loved live bands to come out of Australia in recent times. They have created a completely unique vibe based on Tom’s everyman’s approach to story telling interspersed with Jeremy’s guitar virtuosity. They sell out shows everywhere from Surry Hills to Cairns and have an incredibly loyal and diverse following.

BUSBY MAROU have recently released their latest single “Sound Of Summer” produced by Oscar Dawson (Alex Lahey/Holy Holy). This is the first single from album 4 which will be recorded in February and released in mid 2019. 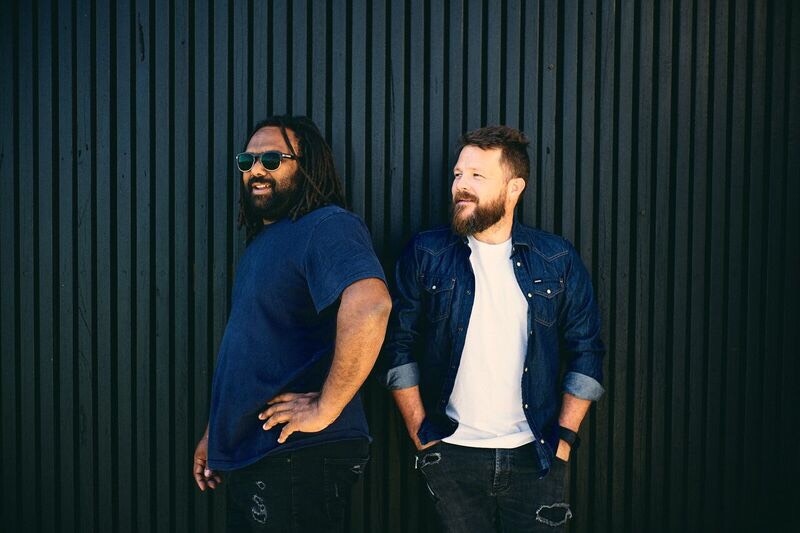 Ray Essery
Ray is one of the great loveable larrikins of Australia Bush Poetry. He is unique and a genuine ridgy didge original. From tales of dairy farming, to the navy and being a Sydney Pub Manager, Ray reflects on a life of memories and stories captured in his winning poetry. Ray has received multiple Australian Bush Laureate Awards. 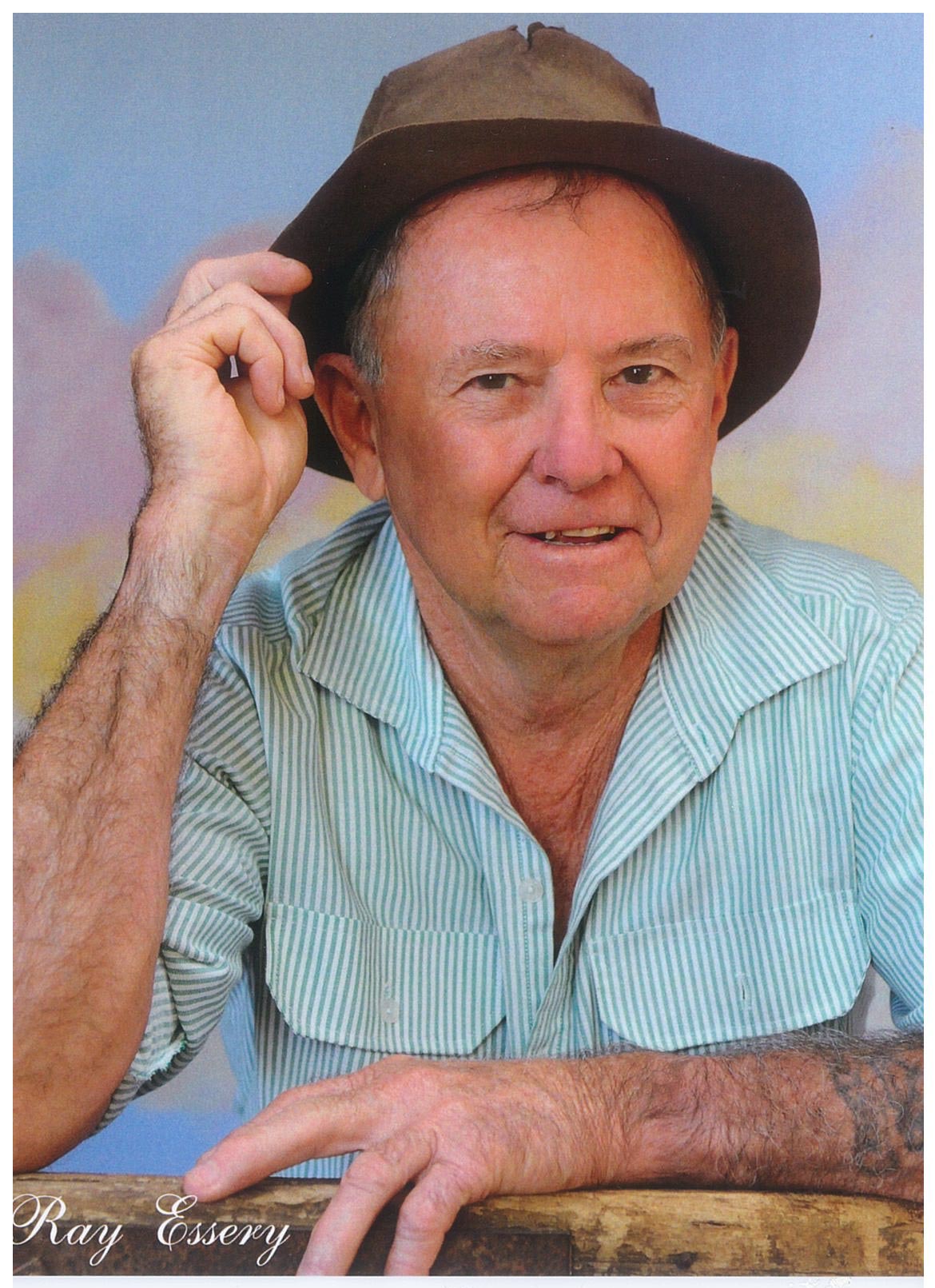 Catherine Alcorn
Hailed by critics as “a hit!” (Time Out Sydney) and “masterful” (The Courier Mail) with “a voice to die for” (The Australian), the Aussie artist has been thrilling audiences with her magnificent voice and razor sharp wit and is renowned as “a jewel in the crown of Australian cabaret” – Adelaide Now

This is your chance to become intimately acquainted with one of the greatest cabaret artists of our time in Catherine’s critically acclaimed role channelling The People’s Diva, Bette Midler as she travels to Mount Isa for the Miss Bette Outback QLD Masters Special. 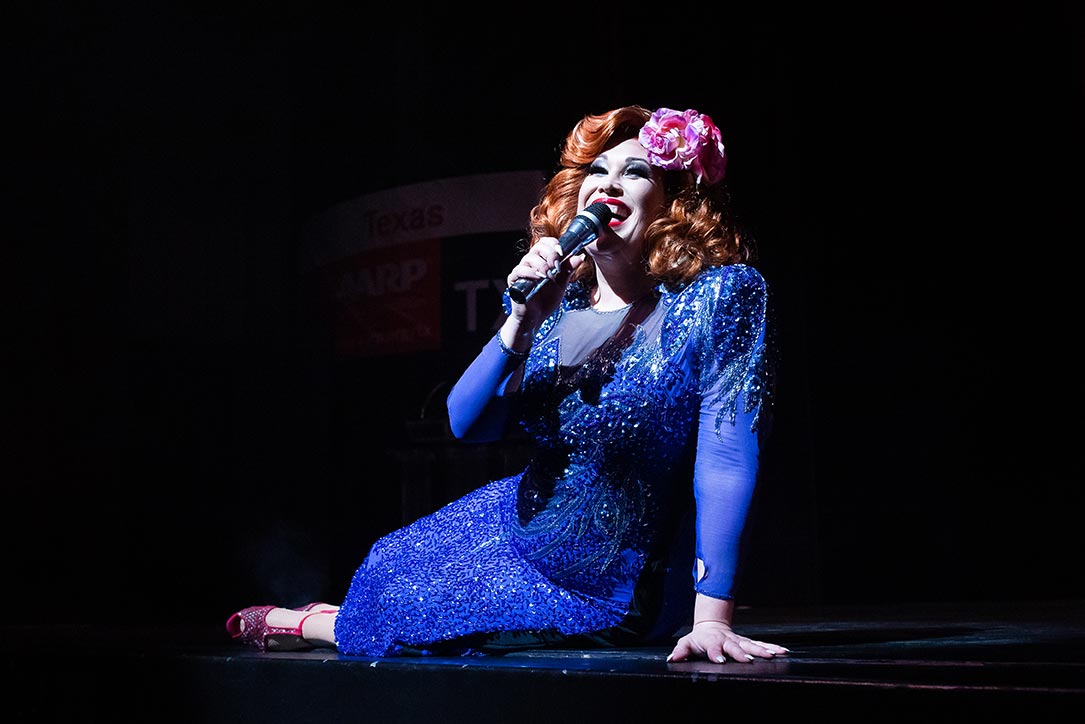 Steve Allison
He’s travelled a million kilometres and he is going to be adding a few clicks more as he joins the Outback Queensland Masters in Mount Isa to commentate the Million Dollar Hole-In-One but not before he treats people to a dose of his comedy. 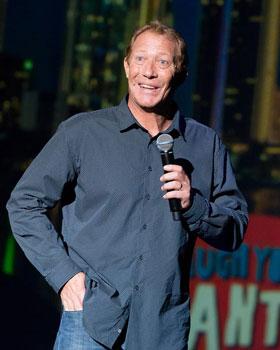 The Bushwackers
The Bushwackers are Australia’s best-known, best-loved bush band. They proudly play Australian music from the early 20th century but have seamlessly incorporated Celtic instrumentals and great contemporary original songs like Another Trip to Bunnings, Beneath The Southern Cross and the iconic I Am Australian.

The Bushwackers continue to take out awards around the country and are led by the mighty Lagerphone of Dobe Newton with the team of musicians wielding fiddles, accordions, mandolins, guitars, bass and drums.

The Bushwackers will have everyone up and dancing to close the inaugural Outback Queensland Masters in true heel to toe Australian style. 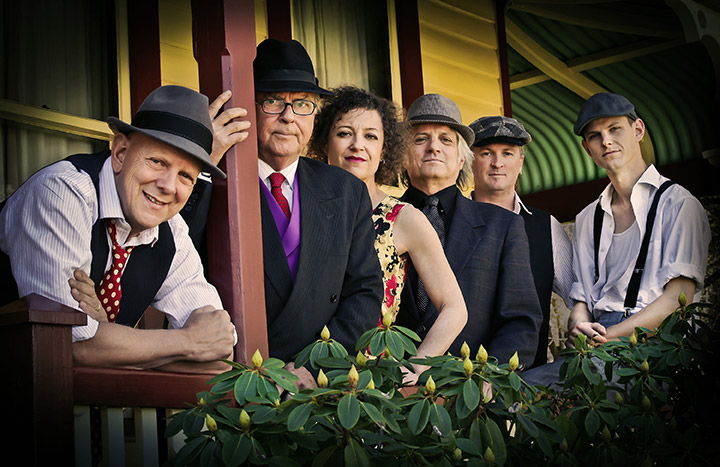 William Barton
Born in Mount Isa in Queensland, Australia, composer, multi-instrumentalist and vocalist William Barton has been playing the didgeridoo for over 25 years. He has forged an international profile in the classical musical world as a performer and composer, performing with the Philharmonic Orchestras of London and Berlin. William’s unique talent has been featured at the 2008 Beijing Olympics, the 2018 opening ceremonies of the Commonwealth Games and the Invictus Games in Australia, and recently at Westminster Abbey for Her Majesty, The Queen of England for Commonwealth Day 2019. William holds honorary doctorate degrees from the Universities of Griffith & Sydney and has released five albums on the ABC Classics label. His awards include Winner of Best Original Score for a Mainstage Production at the 2018 Sydney Theatre Awards and Winner of Best Classical Album with ARIA for Birdsong At Dusk in 2012. With his prodigious musicality and the quiet conviction of his Kalkadunga heritage, he has vastly expanded the horizons of the didgeridoo — and the culture and landscape that it represents.

“He’s one of the great virtuosos. It’s a sound I had heard before, but never with that sort of technique. The possibilities are extraordinary. This is a great man. He radiates. You watch him and think, this is impressive.” – Sir Simon Rattle, Artistic Director Berliner Philharmoniker

“Having had the privilege of working with all of Australia’s elite musicians over such a long period of time, I have no hesitation in saying that William Barton is the only one who I consider to be a genuine musical genius” – Martin Buzacott, Presenter, ABC Classic FM 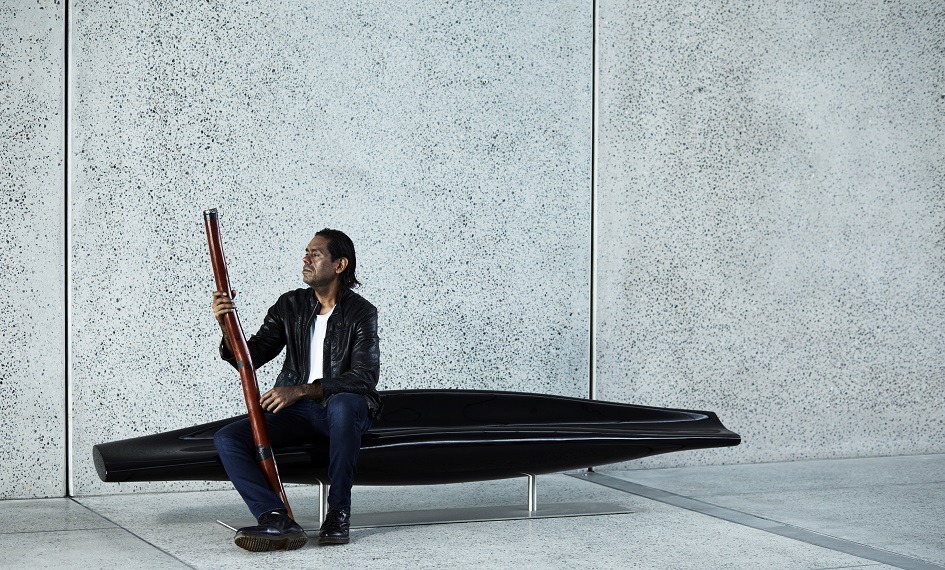